During the British tenure to maintain law and order of the Indian sub-continent the British government formed police force in 1861. For the time being and according to the demands of developing and modernizing the police organization some police units had been emerged. And the Police Telecom unit had come into the existence comprising 01 AIG(Assistant Inspector General), 01 ASP(then it was DSP), 02 inspectors, 05 sub-inspectors and others in total 44 members on April 1, 1964. At the initial stage it was declared that the police telecom unit would be run with the help of technicians, engineers and others from Bangladesh Telephone & Telegram Board(BTTB)( Police and Ansar Department Section-1, Memo No. 76/65(1)/75-PIS, Dated the 1st April/1966).

After that an amendment had been declared that besides the manpower from the BTTB, skilled police members would be appointed to serve the Police Telecom unit(Government of  East Pakistan Home(Police) Department Section-1, Memo No. – P3P-76/65(1)815-PL, Dated – The 24th November 1966). And according to the demands more manpower and more latest technological equipment had been engaged to the Police Telecom unit.

At the first stage the telecommunication network was installed to communicate between Police Telecom headquarters and district police headquarters and to communicate inter district police headquarters. On the eve of liberation war of Bangladesh on 25th march in 1971 Rajarbag Police Lines got attacked at mid night by the Pakistani military forces. Then the police members retaliated with 303 rifles and the wireless operator broadcasted the message of attack through the wireless communication system at first. And that message was sent to police high commands and other units instantly and the liberation thirsty police and the general citizens took their alert positions. A significant numbers of police telecom members took part in the direct liberation war and got the great honor of martyred. They will be remained in the history of Bangladesh forever. After the liberation to make state-of-the-art Police Telecom unit the government appointed 11 numbers junior officers from army, navy, air force and BGB(formerly BDR) as telecom technician and 11 numbers tower mechanic from BTTB as mast mechanic. Police Telecom unit had run a telecom training school to make the police members of Police Telecom more skilled. The telecom training school conducts various training courses like basic wireless operation course, radio mechanic and mast mechanic courses. And the police telecom did spread the wireless network up to the police station ends. Police Telecom then installed 19 numbers 200-300 feet lattice guide tower in nineteen districts and installed microwave radio link for the Mercony VHF wireless communication system with financial aid from British government.

Further when the metropolitan police had been formed then the Police Telecom installed UHF(Ultra High Frequency) wireless communication system with the UHF repeaters. Before 1994-1995 Police Telecom used radios made of crystal system. After that in 1996-1997 Police Telecom introduced synthesized and programmable radio systems. After that VHF(Very High Frequency) communication system re launched with repeater system so that it became possible to communicate from walkie-talkie radio to walkie-talkie radios. In 2011-2012 Police Telecom introduced the Digital Mobile Radio (DMR) system. At present this organization runs under the leadership of an Additional Inspector General of Police with in total 2308 members.

We are committed to Maintain secure, reliable, high quality and converged telecommunication system for Bangladesh Police. 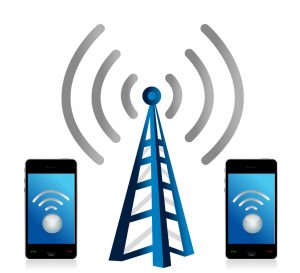